Of bee professions and bee products

Bees are the third most important farm animal for us humans, as they pollinate around 80 percent of our fields and plants. In their lives, the workers perform very different tasks in the precisely organized Beehive. As a small insight the individual bee occupations are lit up here, from view of a bee, more near.

In our shop you will of course find all good Aspermühle bee products: 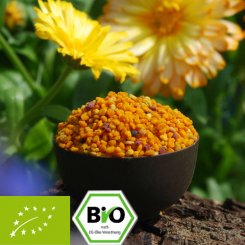 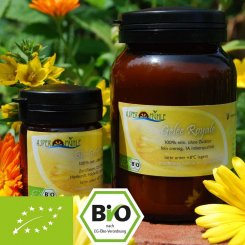 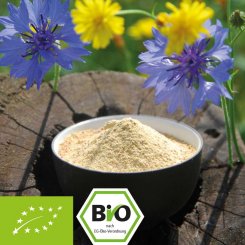 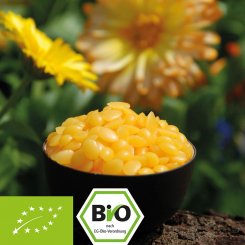 After 21 days it is finally time to slip out of the confinement of my cell. In the first three Larval stages I was still being Gelee Royalfed so that I could get a growth spurt, but after that I and the other worker bees were only fed Pollenand Honey (Bio)as larval food. In contrast. Queen Bee continued to be fed royal jelly until her cell was covered. This difference in feeding is also the reason why they are in their development to Queen Bee grows up and does not remain a worker bee. 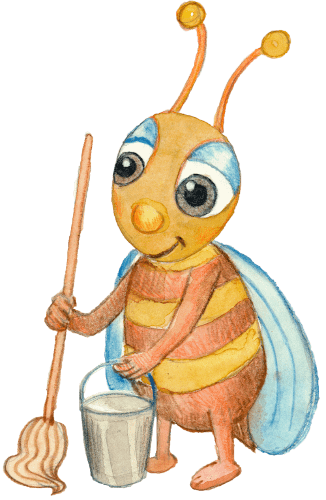 Cleaning bee
Right after I hatch, I know what to do. I am now a part of this colony of about 50,000 bees and therefore I have to do exactly what I have to do to keep the orderly process going. I immediately join the other cleaning bees to keep the combs and the hive clean together with them. This includes the task of carrying deceased bees out as quickly as possible and taking them far away to keep diseases away from the hive. Sometimes there are also large invaders in the hive, such as a mouse. In order to defend ourselves and our colony we have to sting them to death. Then we mummify them with Propoliswhich serves as glue. But cleaning also includes the so-called "Grooming", which describes our mutual personal hygiene. Here we clean the fur of our fellow bees and clean it e.g. from Pollen. At the same time we also fight the varroa mites by biting them to death.

After about 3 days as a cleaner bee, it is now time to feed the other bee larvae as a nurse bee. Here the feeding sap gland is used. 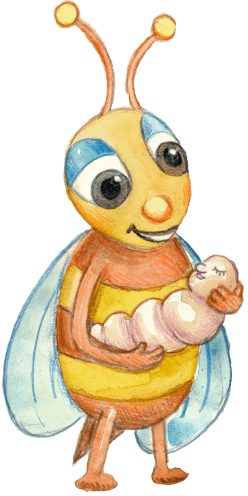 nurse bee
In general, the various work stages are activated by hormones. I carry out the activity for up to 7 days before I start my next job as a construction bee. 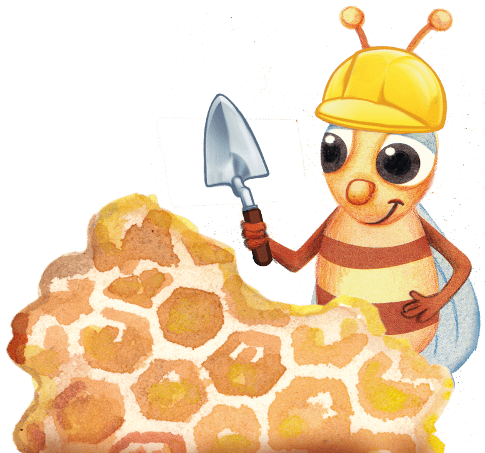 With my wax glands I can now produce small wax platelets. We worker bees must consume about 8kg Honey (Bio)to produce 1kgWachs. I am now building cells where the queen bee lays the new eggs. A remarkable ability of the queen bee is that she can decide on the sex while laying the egg. The cells that we use for the big-eyed queen bees Drones are also larger than those of worker bees. Drones have the exclusive task of mating with the queen bee. Once they succeed, they fall to the ground and die. They do not produce honey or perform any other tasks in their eight-week life. Some drones are driven out of the beehive towards winter because they consume too much food. When we move to a new dwelling, all worker bees, regardless of age, are involved in the process of building a new hive and act as construction bees. The priority is then to create a new home as soon as possible to ensure our survival

sentinel bee
In my next stage of life at the age of 11-12 days I am now a honey maker. I accept the captured prey of the collector bees. Besides honey they bring along e.g. tree resin for Propolisor Pollenfrom their trip. If we have an excess of pollen, I store it as Bienenbrotone. But the job title "honey maker" is not quite correct, because I do all kinds of work in the beehive meanwhile. In the next few days I am already preparing for my new profession as a flying bee and I make small flights around the beehive. In between, I serve as a guard and check the flight hole for uninvited guests, because my Poison Bubble is now completely filled. Thereby I perceive the smell of the visitors through my antennas.

In fact, bees from other hives are often tolerated and may even join our colony in individual cases. But when our own supply of nutrients becomes scarce, this changes. There are then repeated robberies between the different bee colonies and we have to become stricter with the visit and usually refuse entry. Hornets and Wasps are also undesirable and in the worst case must be killed. If I ever need backup, I can... Alarm pheromones to call on other worker bees for help. With my now fully developed poison stings I can sting larger enemies only once, but other insects can sting several times. 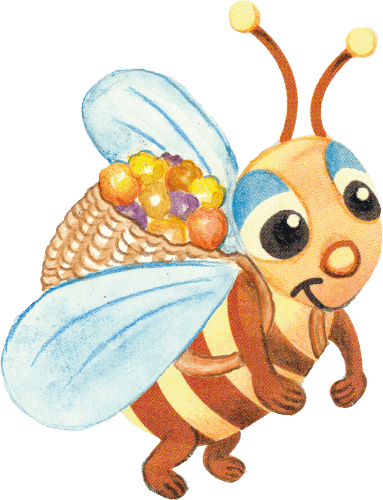 Collector bee
Now I have already tested my wings for a few days and after about three weeks I am ready for my first day as a collector bee. To know where I can find the best costume and so that it can find the best pollen and nectar in the near environment, I observe the tail wagging dance of track bees. 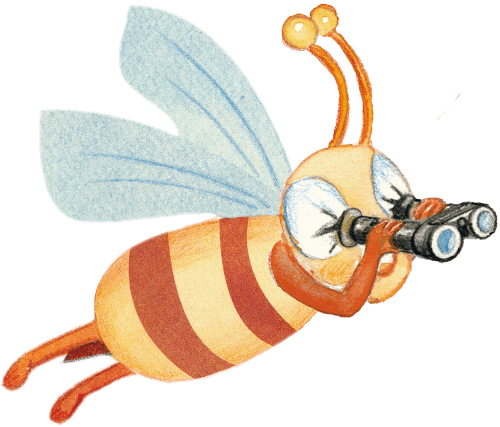 Tracer bees probably have the most dangerous task in the whole beehive. In the morning, when all other flying bees are not yet on their way or after a long rain shower, track bees are the first to fly out to look for suitable flowers for the flying bees. However, they do not fly further than 3-5km, because otherwise it would not be worthwhile because of the high effort costs of the collectors. When they have found a good spot, they take a sample and feed it to us. In combination with the wagging dance we then know in which direction and distance we should look. Another task of the track bees is to find new habitats for swarms of bees. Depending on the length and intensity of the dance, the swarm then decides which of the suggested locations to choose. Now that I have received the information from the track bees, I am ready to start. We bring all kinds of things into the beehive, what is needed and what should be processed. But the main thing is Honeydewnectar and pollen from the flowers. I will now carry on the profession as a collector bee until the end of my life. My life will not last longer than 6 weeks on average, but in that time I have done a lot for the colony. Towards the end we collector bees simply do not come back from our last flight, because we cannot manage the strenuous flight with our worn wings or we die in the colony, where we are carried out by the cleaning bees and thus the working cycle of a worker bee is closed.

Queen Bee
Worker bees, which hatch in winter, live up to nine months. Winter bees have a less stressful life, as their main task is to Queen Bee to keep us alive through the winter.

In return they cavort around the queen bees, feed them with the honey and keep the hive warm. This task is done by the so-called Heater beesThe bees produce heat by making your pectoral muscles tremble, heating the hive to about 35 degrees Celsius. In summer, the so-called "fan bees" take over the opposite task by using their wings to transport the warm air out of the hive. Only at the end of winter, when temperatures rise above 10 degrees Celsius, do the bees dare to make their first exploratory flights. A queen bee can usually live up to three years in this way.