Barley Grass? What Is It and What Exactly Do You Do With It?

This question is heard again and again in conversations, because for most people the term barley grass is, as a rule, new territory. We, therefore, begin with a definition.


Barley Grass – From Grain To Harvest: 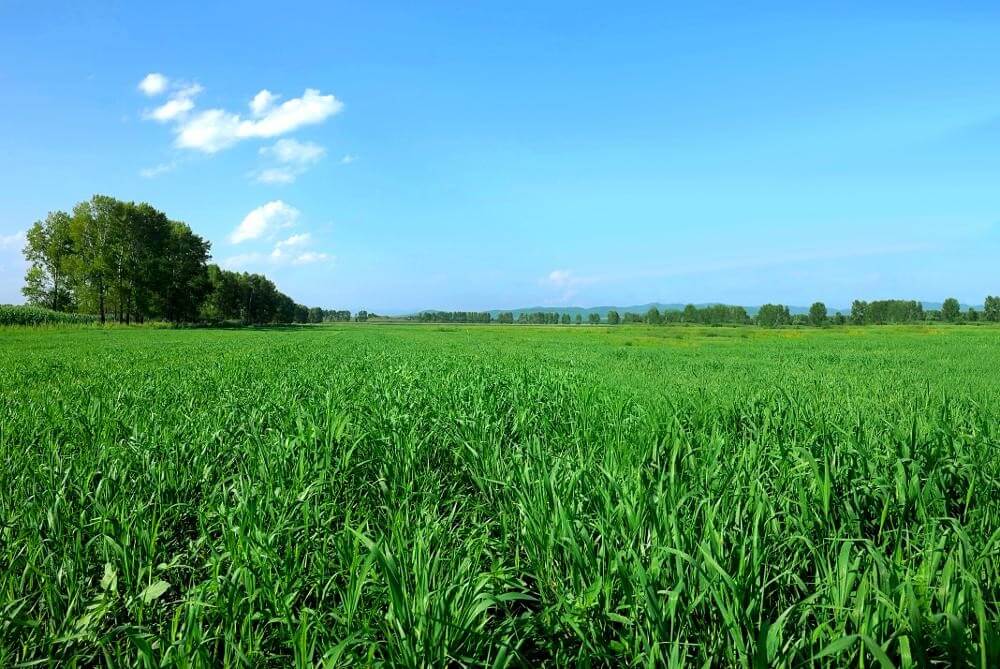 From a biological point of view, barley grass is the young barley plant from the germination stage to the so-called shoot, i.e. the point where the plant starts to grow ears. During this period, the plant goes through various stages of growth.

The germination begins after the grain has been introduced into the soil, with the breaking out of the first small roots and after 6-9 days, the first cotyledons are already to be seen on the ground.

The next stages are leaf development and so-called tillering. Here, the main root begins to emerge and absorb nutrients and the plant, under the influence of sunlight, produces more leaves and begins with photosynthesis.

At the end of the tillering period, the barley grass has the highest nutrient content and tastes the sweetest. This is when the barley grass is harvested and gently dried to obtain all the nutrients, enzymes and phytochemicals. Subsequently, the further processing to powder or pellets occurs.

You can also easily grow barley grass and wheat grass yourself at home. How it works is shown in the following YouTube tutorial.

To explain the high nutrient content of barley grass, we need to take a closer look at the aforementioned process of photosynthesis.

Photosynthesis is the process by which the plant converts solar energy into growth energy.
One can imagine the barley grass plant as a kind of small solar power plant. The chlorophyll contained in the plant is able to absorb the solar energy, which is then used to split water and carbon dioxide and convert them into glucose and oxygen.

The glucose is then used together with nitrogen, sulphur and various minerals and trace elements to form cellulose, proteins and fats, which are the substances that barley grass needs for growth.

This ultimately explains why barley grass is so rich in nutrients. Due to the favourable harvest time, the plant consists almost only of young leaves that are rich in chlorophyll and has not spent any energy on attaching substance which is also supplied by the leaves. 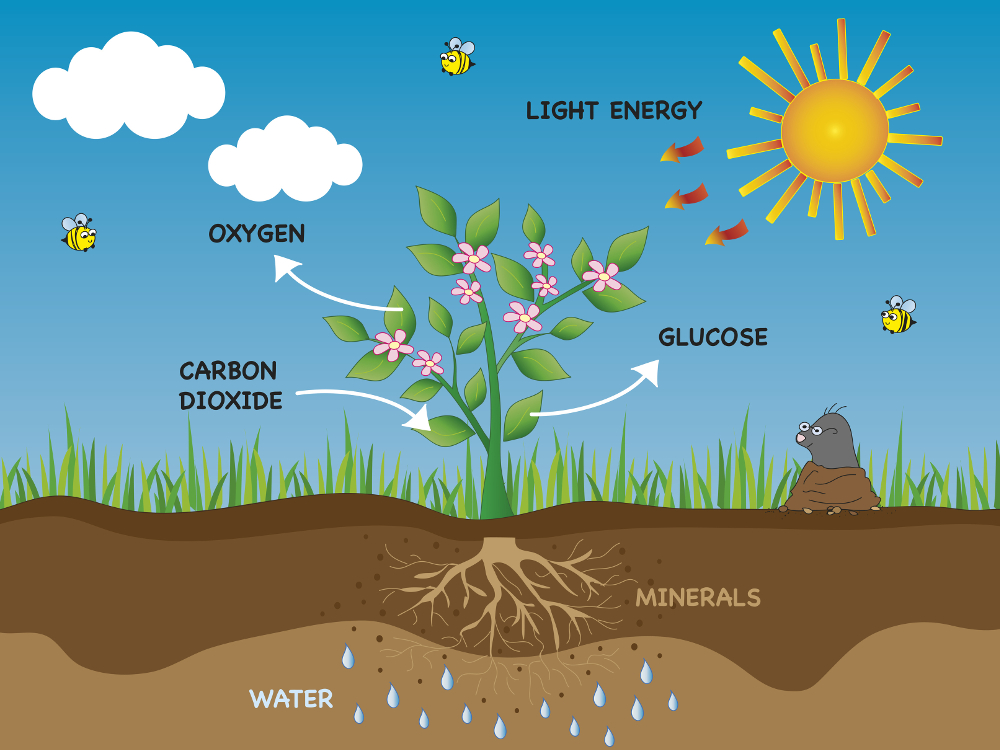 But Why Barley Grass?

Barley (Hordeum vulgare L.) belongs to the family of sweet-grasses and the first cultivation by humans probably took place about 10,000 years ago in Mesopotamia, the ‘Land of the Two Rivers’ between the Euphrates and Tigris.

From then on, barley grass played a prominent role in human nutrition. Historical sources report their cultivation both by the ancient Egyptians and later by the Sumerians and Babylonians. In ancient China, barley grass was considered a sacred plant as early as 5,000 years ago.

The use of barley grass today mainly goes back to the research of the Japanese scientist and pharmacologist Dr. Yoshihide Hagiwara. He started to get interested in cereal grass and barley grass, after visiting the Japanese peninsula Chita, where he learned from a farmer who fed his cows with rye grass instead of normal pasture grass, and gave milk for much longer.

He then began research on more than 200 green plants and found that barley grass had a unique nutrient profile and nutrient density.

Worth mentioning here is the high protein content of 20-25%, which is composed of all 8 essential amino acids, i.e. exactly the protein components that the human body cannot produce itself. But also, the following vitamins, minerals and trace elements, found in barley grass powder.

Iron or barley grass is good for the blood:

The body needs iron for the transport of oxygen in the body. Thus, iron is one of the most important substances in the body, because it has an influence on the metabolism, the immune system, the growth and the regeneration of skin and hair, etc.
In 10g of barley grass powder, with almost 4mg of iron, it contains almost half of the daily bodily needs of 10mg.

With 10g of barley grass powder you also cover the daily requirement of beta-carotene and vitamin K and 50% of the body's vitamin B2 (riboflavin) requirement.

Beta-carotene is the precursor of vitamin A and is needed in the human body for a number of processes. Among other things for the regeneration of the nerve cells, the protein metabolism and the cell regeneration. It, therefore, also has a positive effect on the immune system.

Vitamin K like vitamin A, is a fat-soluble vitamin and is part of the blood clotting process. It is also needed for cell growth and bone metabolism. Studies also suggest that vitamin K prevents vascular calcifications.

Is a water-soluble vitamin and involved in most of the metabolic processes.
In addition, barley grass also contains:

Potassium is the nerve and muscle mineral. It regulates the water balance of the cells, is responsible for the impulse transmission in the nerves and controls muscle contraction.

Zinc is essential for the body and is needed for the immune system and metabolism. It is also necessary for cell growth and the building of the genetic material.

Barley grass is therefore particularly suitable for vegetarians, vegans or people with increased nutritional needs, e.g. suitable for vegan bodybuilders and athletes, to supplement their diet in a natural and healthy way. 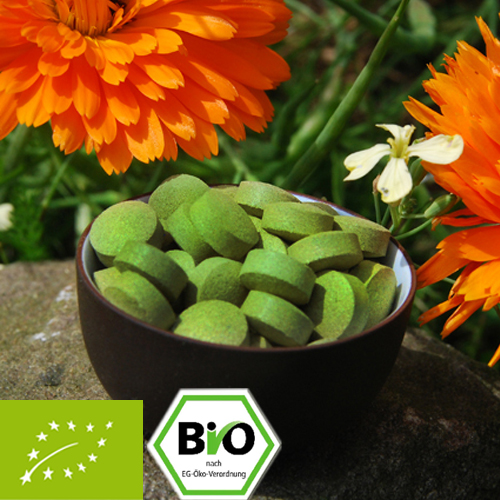 Barley grass can be an enrichment not only for active people. Even in times of rest and regeneration, natural, herbal supplements, such as barley grass, but also, for example, spirulina or chlorella, are a welcome support.

For many people, fasting enjoys great popularity. In this context, the intake of solid food is completely dispensed with. Instead, reducing the amount of calories, often results in resorting back to liquid foods such as juices, teas and broths.
In order to provide the body with the necessary nutrients, we nowadays like to use wheat or barley grass juice.

But not only the ingredients the body absorbs are important, also the dietary fibre, which is abundant in barley grass powder, play an important role. Dietary fibre is indigestible carbohydrates and stimulates bowel activity and promotes the development of a healthy intestinal flora.

Japanese studies have shown that barley grass or sprouted barley can also positively affect ulcerative colitis because of its high dietary fibre content, as it supports the repair of epithelial cells of the intestine and, as described above, helps to increase the population of healthy intestinal bacteria.

Also, other health effects are now being researched. At the Indian Maharaja Sayajirao University, a study was conducted on the effect of barley grass on diabetes mellitus (type 2).

Researchers concluded that barley grass powder could have a positive effect because at the end of the test period the harmful LDL-cholesterol in the participants had decreased, and the values ​​of the positive HDL-cholesterol had increased, and not only the blood sugar levels but also the HbA1c values ​​(used for the determination of the long-term blood sugar) were lower than at the beginning of the test phase.

This is in line with the results of a Taiwanese study in 2002, which also suggests that barley grass has a positive effect on type 2 diabetes.

Barley grass contains not only macro- and micronutrients but also other health contributing substances.

The probably best-known occurring antioxidants in barley grass, are the superoxide dismutases (SOD). This is the generic term for a group of different enzymes that are capable of converting hyperoxides into hydrogen peroxide, that is, preventing cell oxidation.

Moreover, according to a study by the University of California, in barley grass powder, the flavonoid 2 "-O-glycosylisovitexin, short 2" -O-GIV has greater antioxidant activity than vitamin E.

To get more information about the effects of barley grass, its history and scientific importance, we recommend Barbara Simonsohn's book "Gerstengrassaft" (Barley Grass Juice), which you can read here in extracts.